Integrity Fab & Machine was started by two local men who had a vision of providing quality fabricated & machined products to the tool & die and agricultural industry while providing quality employment to local residents.

The owners of IFABM are all lifelong Gratiot County residents, and proud to be able to provide employment to local workers, as well as provide business opportunities for other central Michigan companies. 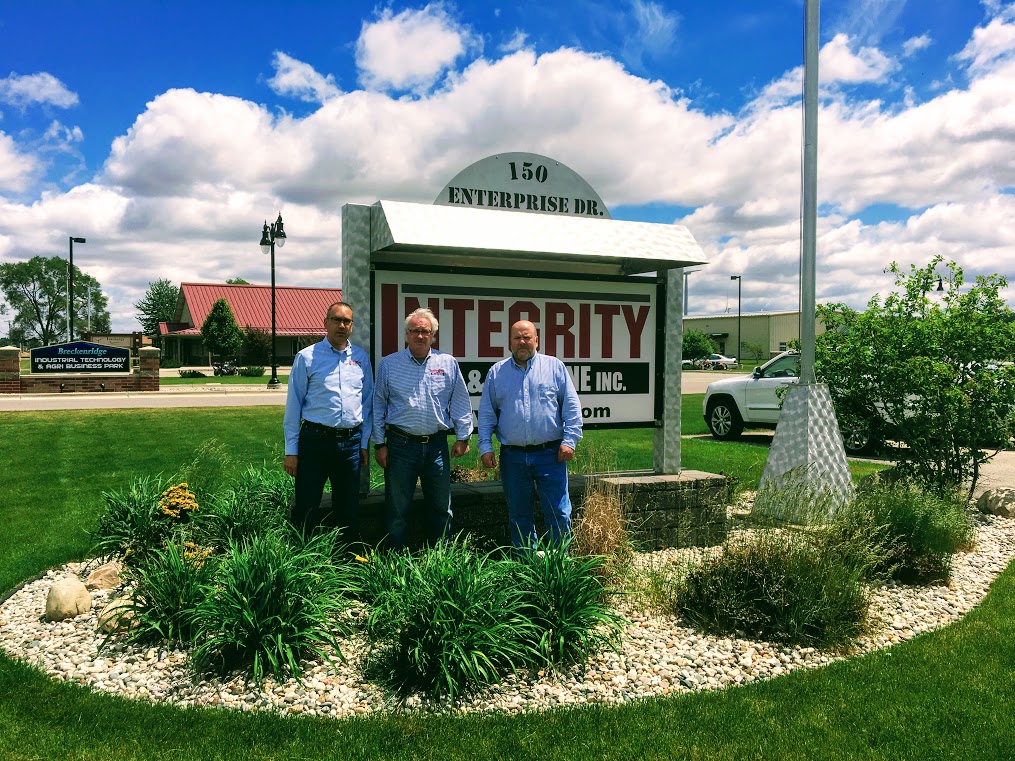 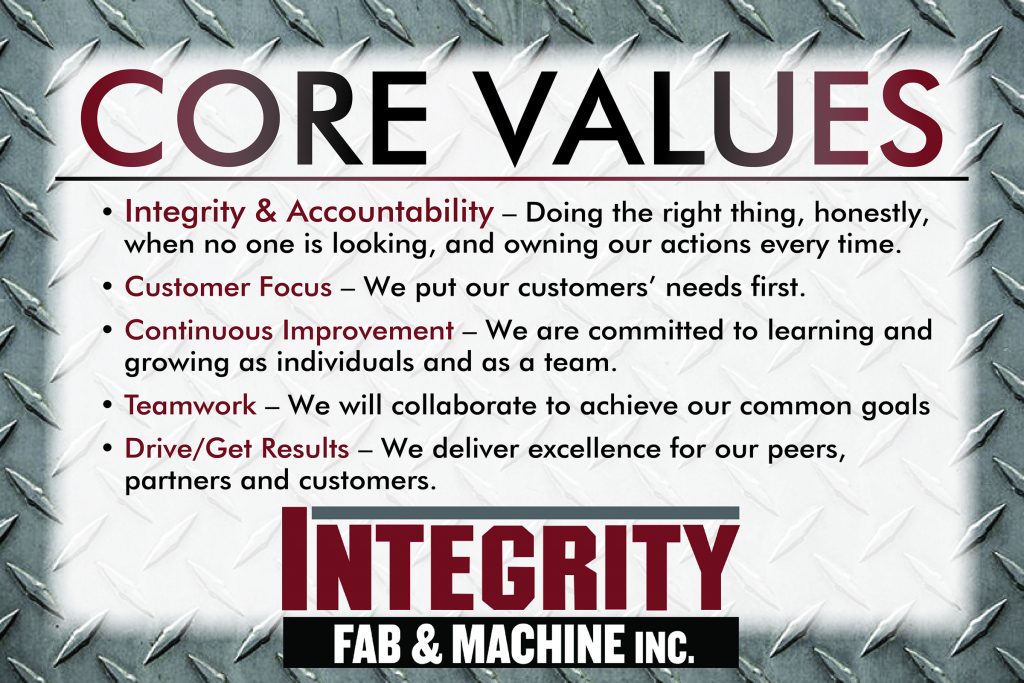 Kirk Smith and Rollie Koutz, co-owners of Integrity Fab & Machine, who, with the help of Greater Gratiot Development, Inc. (GGDI), Isabella Bank and the Small Business Administration, through the efforts of the Michigan Certified Development Corporation (MCDC) recently moved into an new 17,000 square foot facility in the Breckenridge Technology Park. The move into the new facility is the culmination of a dream that turned into reality for the two lifelong Gratiot County residents. The SBA 504 loan program was an essential element of the business expansion. The loan program enabled Integrity Fab & Machine to secure local funding through Isabella Bank.

Smith and Koutz met in the 1980’s while working together at Danly Die Set in Ithaca, Michigan. Smith, an Alma College Graduate began his career at Danly in an entry level customer service position, while Koutz, with training in automotive technology, began as a general factory employee. Both soon began to work their way up through the management ranks. After a hard day on the job, they would often end the night discussing the dream of together owning a fabricating or machine shop.

The dream turned into a goal and then into reality in 2007 when a Detroit area fabricating company was liquidating an entire shop filled with equipment. With the help of Tim Miller at Isabella Bank, that equipment and several new CNC machines were purchased. Integrity Fab & Machine initially located in a vacant warehouse in Clare Michigan. When the time came to expand, Koutz and Smith had an opportunity to fulfill another goal of moving the facility closer to its Gratiot County customer base was implemented.

As with most startups, the first few years were challenging. These challenges were further compounded by the economic downturn that followed in 2008 and 2009. With a wide assortment of fabricating and machining equipment, the company provides services to customers in the following industries; grain handling components, airline terminal counters, museum and zoo displays, food grade stainless steel components, tool and die shops, automated machinery builders and heavy equipment repair.

Formed in 2007 after purchasing the entire contents of a liquidated fabrication shop in the Detroit area, IFABM opened its doors in Clare MI, where in the first year IFABM out grew its first building, a small vacant warehouse, and began operating from an additional warehouse next door. By 2011 IFABM had more than tripled its growth and the owners began looking for a location to build a new, larger facility. Choosing the industrial park in Breckenridge MI, IFABM built a 17,000sq ft facility, a size they figured they wouldn’t outgrow anytime soon.

Integrity Fab & Machine provides both fabrication and machining to other industries, specifically the tool & die/metal stamping industry, and agricultural industries, primarily thru the fabrication of grain handling products.

In 2013 IFABM made the decision to begin building and selling die sets to the tool and die industry. A major leap for a company that was doing around $3m annually. In 2014 Smith and Koutz were joined by Trent Holland as owners of IFABM. Trent worked with both Smith & Koutz for over 10yrs during the 90’s, and is well known thru out the Die Set Industry.

In the grain handling equipment business, IFABM competes directly with manufacturers located in both Kansas and Iowa. Our primary advantage is we are located closer to the Michigan farm industry, cutting transportation costs to Michigan distributors and their customers. Plasma torch, water jet, tube bending and large steel saw cutting, as well as fabrication and welding are offered to our customers to weld & fabricate pretty much anything they want.

IFABM competes directly with both the large die set manufacturers as well as other, smaller, companies, for business not only in Michigan, Indiana, & Wisconsin – the heart of the stamping industry, but also throughout the United States. IFABM has a growing sales presence in the Northeast, Texas, Southeastern US, and middle tier of states such as Missouri & Iowa.

In 2015 Integrity Fab & Machine Inc. took the initiative to expand its capabilities in order to better serve its current customers and new customers. Breaking ground on a 34,000 sq ft addition to our current building in November of 2015, we added three new vertical machining centers, an oxy-fuel torch for heavy plate cutting, two large rotary surface grinders, larger steel saw cutting capacity, 7 overhead cranes with capacity up to 25 ton, expanded fabrication and assembly areas and a need for an additional 20-25 employees to man the new equipment. In 2007 IFABM had 3 employees, in 2014 we had 27, in 2015 we had 35..

IFABM began operations in the new addition in Mid-June 2016, now with over 51,000 sq ft of manufacturing space, and began hiring additional employees to fill out a two shift operation. We are a young, rapidly growing, and upward focused manufacturing company with deep Mid-Michigan roots, providing good jobs to Mid-Michigan residents. IFABM currently has over 90 employees

The leader in
customer die sets

visit us on social media